Picturing You Picture: 10 Years of A Fire With Friends

by A Fire With Friends 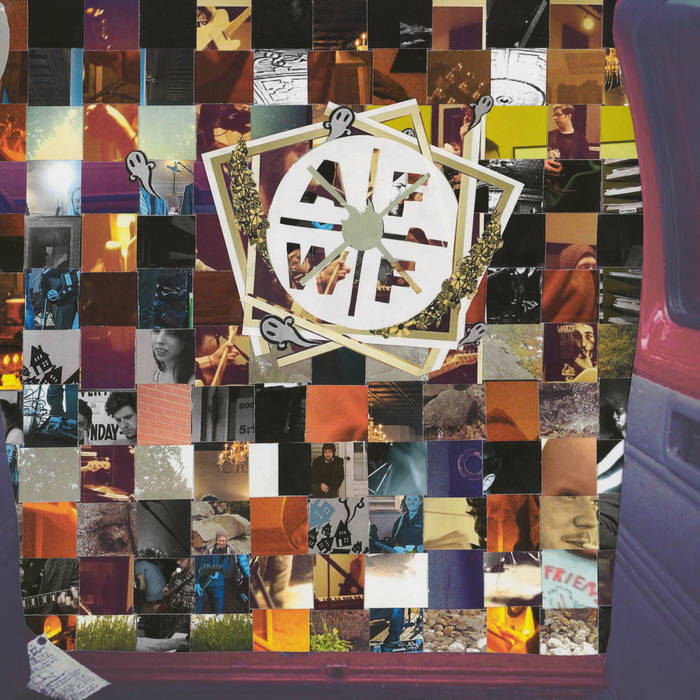 Emma My husband played me the "Happily Haunted" EP while driving around Scranton when we were friends in college. I'm pretty sure that I fell in love with him during that drive.

I am forever grateful for these amazing, talented people & for their albums being a staple in my life for a number of years.

I am thrilled they have made the albums available digitally, as we have misplaced them throughout moves.

Congratulations on 10 years! Favorite track: Pat U Pat (U Pat).

To celebrate our band being just over eleven years old and the release of our first EP ten years ago, we are happy to release this compilation of music.

This collection offers a re-release of our first three EPs, "Happily Haunted," "Like Giants Sleeping in Basements," and "Ghost House," as well as unreleased songs, demos, and live performances from each era, including the very first A Fire With Friends show.

The album artwork is a collage pieced together by hand by Time Dinosaur. Support them on Instagram!

Acoustic demos recorded by either Sean Davis or Shane Webb—I can no longer remember.

The warmest love and thank yous to:

A Fire With Friends Scranton, Pennsylvania

"A Fire With Friends has been making indie/alternative rock for over a decade, becoming one of Scranton’s most loved and respected acts with as many as seven members at a time, all with their own individual musical projects." - Rich Howells, NEPA Scene

Bandcamp Daily  your guide to the world of Bandcamp